Life sure changed quickly on me last week. Phew!

I received a call Tuesday at 4 pm that a spot opened up at a private school and Wyatt was next on the list if we still wanted it. The catch? School started today and we had to do a parent orientation, fill out a 9 page application, have Wyatt get an academic evaluation and then meet his teacher all before school started. It was a very hectic end to the week. By the time Friday rolled around I had not made it home from work before 8pm since that Monday and I was exhausted.

It also made it really hard to get our walks in. Wyatt had his awards drive by ceremony for cub scouts Wednesday evening at a local park, so we brought the dogs and snuck in 2 miles there, but other than that we didn't make any headway all week.

Then the weekend came and Saturday dawned rainy. I was supposed to received 84 bales of hay that morning but the guy canceled to avoid it getting wet in transport. This left us with a free morning, so we packed a lunch along with plenty of water and headed back up north to tackle Vaughn's Gap - a 7 mile out and back with 1500' elevation gain in the first 3.6 miles. 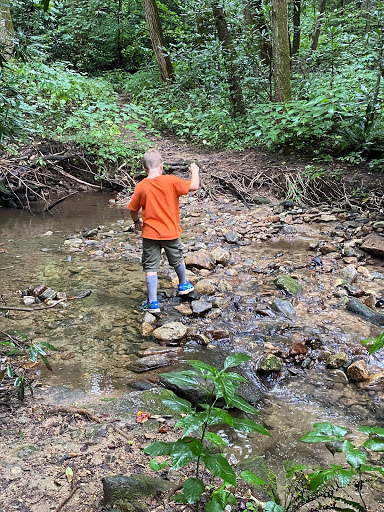 It was the coolest hiking experience of my life. 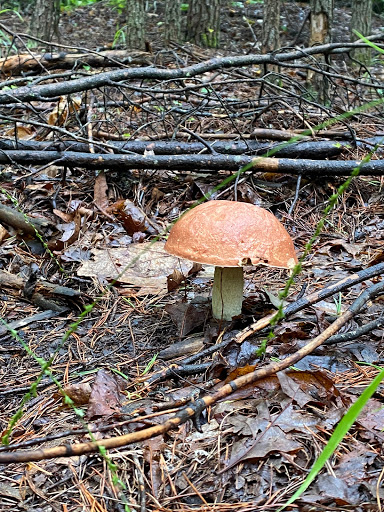 We started off with cloudy skies that would intermittently sprinkle on us. The tree cover was thick enough at the lower elevation to block most of it and honestly the cooler temps and light rain felt nice as we trudges ever upward.

Eventually we climbed higher than the trees and got pretty soaked, but by that point we were all hot and tired from the exertion and didn't really care. 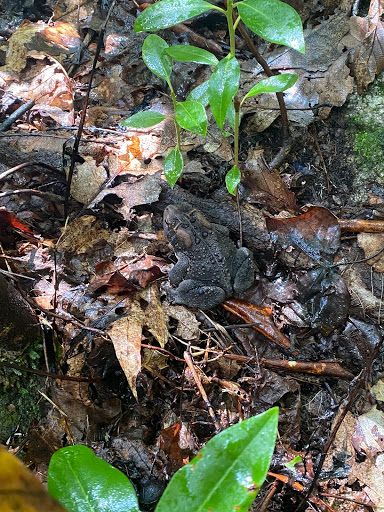 The coolest part? We climbed above the clouds and out of the rain. By the time we reached the top of Vaughn's Gap, a ridge dividing the taller Hogback Mountain and Rocky Spur, we broke into sunshine and blue skies. We stopped for a breather and some lunch before starting the trek back down all of us thankful that the climb up was behind us.

As we made our way back under the clouds we noticed rivers of rain water where there hadn't been on the way up. Our timing had been perfect. We had made it above the cloud cover right before the deluge hit and were now back under it after it had passed. Seriously the coolest thing I've done on a hike.

I was so damn proud of Wyatt for doing that hike. The last mile was nearly straight up, it was muddy from the rain and I know plenty of adults who couldn't have done it. 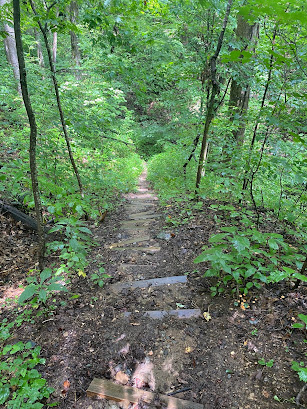 Then on Sunday the hay came bright and early. We had plans to meet up with new friends and do another hike, this time 2 miles of easy mostly flat local trails mid morning and busted our butts to stack it all before we needed to leave. I was surprised Wyatt had enough energy to do it, but having a friend along made it all that much better. We ended up going out for pizza after and it was the absolute perfect way to spend a Sunday. 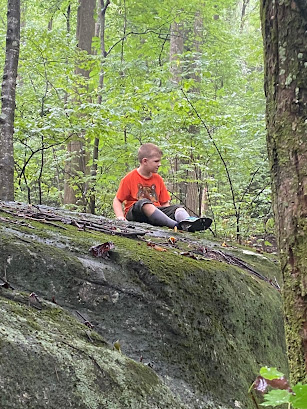 After that hike we were 27 miles along the Tevis trail having conquered Cougar Rock and passed the trot by vet check at Lyon Ridge. The next stop isn't that far ahead and this week we only have one scheduled appointment after school/work which should make getting smaller miles at home easier.

Posted by Sara (Moonlit Pastures) at 9:26 AM