How to Make 80% of Your Herd Unhappy

Having 5 horses is a bit much but actually I caught myself telling the Hubby that we really should add a 6th to balance things out…so yeah I’ve gone completely off the deep end. A 6th is most decidedly not in the plans. Of course a 5th wasn’t either. 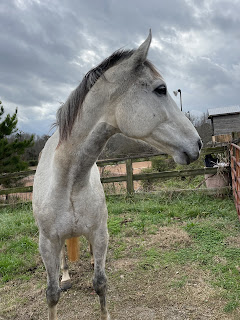 We originally put Leonard out with everyone else so they all could get acquainted. Lenny is basically Eeyore 2.0 in personality so those two hit it off big time right away. 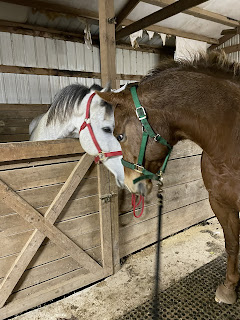 Unfortunately for them the plan was never to keep a herd of 5 all together so last weekend we made the Big Split. Hamilton and Leonard gotto stay in the big arena pasture while Gem, Eeyore and Pete moved back into the far pasture they had been in for the month of December (quick reference: we have 3 pastures and rotate monthly).

This is beneficial for so many reasons. 1) Gem, Pete and Eeyore are fat and really should be on a dry lot instead of grass. I don’t have a dry lot. This way the OTTBs will get a month on fresh pasture to eat to their hearts content then the fatties will move on to a hopefully slightly eaten down pasture. Their weight will thank me. The pastures will still get one month to rest and regrow plus they are large enough that having 2 and then 3 at a time will still require mowing. 2) Hamilton is too into Gem pushing the others away from her. Last spring was interesting when she came into heat. No more worries about that. 3) Both Pete and Hammy were being excessively mean to Leonard. 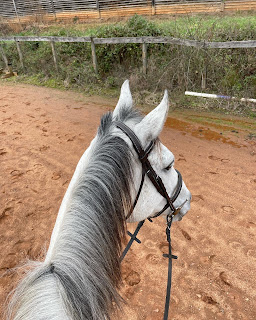 Really it is the best thing for everyone.

Of course they don’t care about that and now I have 4 unhappy horses. Eeyore misses his brother from another mother. Hamilton misses his girlfriend. Gem is pissed she got moved off her favorite pasture and back to her least favorite. Leonard is stuck with Hamilton who ignores him at best. Only Old Man Pete is happy now that he is away from his nemesis Leonard and can be with Gem without Hamilton pushing him away all the time. 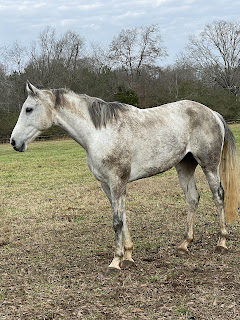 Oh well. They will live. While I’m joking a lot in here, this arrangement truly is the best for everyone and they have all settled in to the new dynamic well. My only issue is that I don’t like to leave a single horse out by themselves so when I ride either of the OTTBs I have to bring them both in. That’s where a 6th would fit in to make two groups of 3. But I don’t need nor want a 6th horse so this is going to have to work.